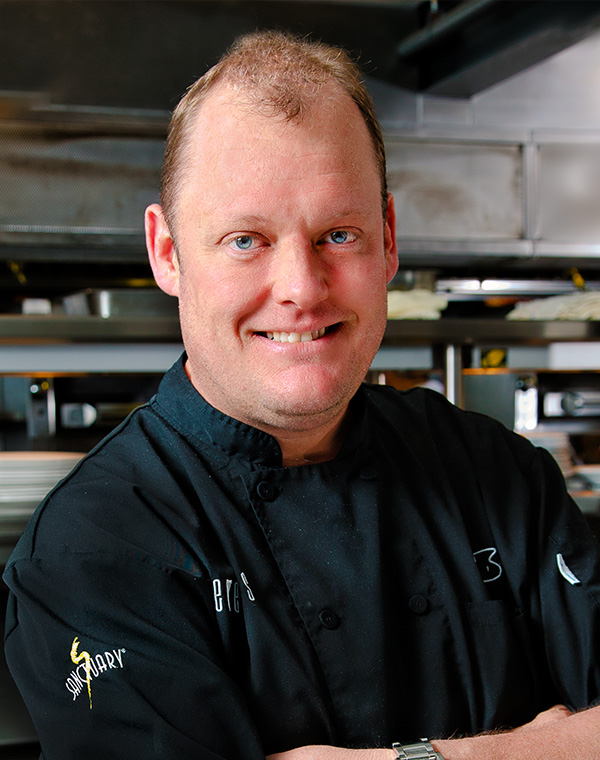 Chef Beau MacMillan has cooked in some of America’s most distinguished kitchens. A two-time James Beard Foundation award-nominee for Best Chef: Southwest, he hails from Plymouth, Massachusetts and is a graduate of Johnson and Wales University in Providence, Rhode Island. He is a regular on several of Food Network’s most recognizable shows, including Guy’s Grocery Games, Best Thing I Ever Ate, and Cooks vs. Cons, and has made multiple appearances on The Today Show. Chef MacMillan served as the Executive Chef for the Sanctuary at Camelback Mountain from 2001 through 2021 before transitioning to the current role of culinary director for the resort. Chef MacMillan is also the Director of Culinary Operations for Clive Collective and oversees two new restaurant concepts Money, Baby! located in Las Vegas, Nevada and Cala in Scottsdale, Arizona.