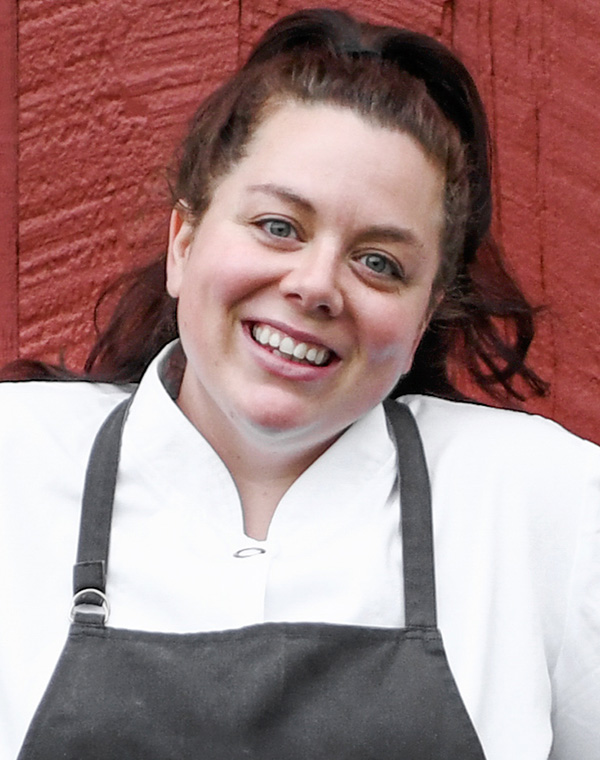 Gardening, canning, and cooking were an ever-constant happening for Cassidee Dabney growing up. As the daughter of a wildlife biologist in the Forest Service, Dabney moved from National Forest to National Forest. Spending her summers in the family garden, Cassidee anchored her palate with the fresh flavors of seasonal ingredients harvested at their most expressive moments. Her passion for food led Dabney to a career in the culinary field. A graduate of the New England Culinary Institute, Dabney’s diverse background includes stops in Germany, Boston, Atlanta, Hawaii, Arkansas and Wyoming, most of which was spent working for the Four Seasons. Dabney came to Blackberry Farm in 2010 as a Sous Chef before working her way up to Executive Sous Chef. In 2015, Dabney was named the Executive Chef of The Barn at Blackberry Farm®. Dabney’s team prepares beautifully served multicourse menus of the farm’s signature Foothills Cuisine®, inspired by seasonal, farm-fresh products and produce grown in a garden a short walk away from the Barn. The Barn has been recognized as one of the top restaurants in the South and hosts the 2014 James Beard award for Outstanding Wine Program and the 2015 James Beard award for Outstanding Service.

During her time at the helm of The Barn, Dabney has earned exciting accolades in the industry, including being recognized as a nominee for the James Beard Awards Best Chef Southeast in 2018 and 2019. Other media milestones include cooking on the TODAY show, being featured on the cover of Art Culinaire and appearing in Food and Wine.