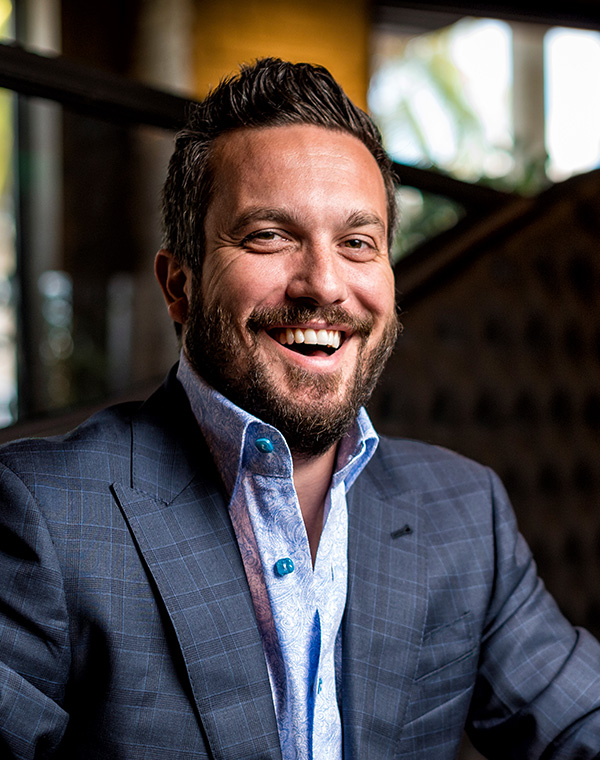 Fabio Viviani has harbored a passion for food since his childhood in Florence, Italy. Between training in Italian and Mediterranean cuisines at top hospitality schools, working with culinary luminaries Alessandro Panzani and Saverio Carmagnini, Fabio also owned and successfully executed multiple concepts in Florence. By the time he was 27, he operated two nightclubs and five restaurants. In 2005, Fabio moved to California, where he opened his first US-based restaurants – Café Firenze, Firenze Osteria, Bar Firenze, and Mercato by Fabio Viviani – all in the Los Angeles area.

In 2013, Fabio teamed up with DineAmic Hospitality, and launched Siena Tavern, Bar Siena, Prime & Provisions, Builders Building, and BomboBar in Chicago. He also opened additional Mercato by Fabio Viviani concepts across the country.

In 2016, Fabio expanded his brand into airports with the opening of Osteria by Fabio Viviani, which won USA Today’s Reader’s Choice Award for “Best Airport Sit Down Dining.”

In 2017, he launched his casino brands with Portico by Fabio Viviani in New York’s del Lago Resort & Casino. This was soon followed by a partnership with Penn National Gaming, where he developed The Eatery by Fabio Viviani, a massively successful modern food and beer hall. Located in four Hollywood Casino properties in the Northeast, offerings include very diverse cuisines: Mercato, The Classic, Zen Noodle, and Joe & Dough.

Fabio also lead the development for the largest gaming and hospitality deal to date in a single property by creating eight restaurant concepts under one roof in partnership with Morongo Resort Casino and SPA in Cabazon, California.

He also expanded his hospitality empire in other areas of the country by opening both Osteria and Bar Cicchetti in Oklahoma City and developing the franchisee concepts Chuck Lager American Tavern, Colbie’s Southern Kissed Fried Chicken, Fresh Stack Burgers and a dessert concept named JARS – all with multiple locations across the US.

Expanding his reach into the hotel management business in 2018, Fabio teamed up with Cicero Hospitality for hotel business in Chicago, catering to business centers, events spaces and vacationing guests with the flagship brand “Osteria by Fabio Viviani”. In 2019, Fabio Viviani Hospitality partnered with Magna Hospitality to develop incredible culinary cuisines in Hilton’s Curio hotels. Locations include Curfew in Memphis’ Canopy hotel and Riviera by Fabio Viviani in Ft Lauderdale’s beautiful Hotel Maren, with locations in Boston, New York, and Ohio to open in 2022.

Best known for his participation in Bravo’s Top Chef seasons 5 and 8 – earning the “Fan Favorite” title – his on-screen appearances and off-screen successes have propelled him to become one of the most influential culinary and hospitality names in the country.

Fabio is a recurring guest on national television shows such as Good Morning America, The Rachael Ray Show, and numerous Food Network Shows, such as Cutthroat Kitchen: All-Star Tournament, which he won.