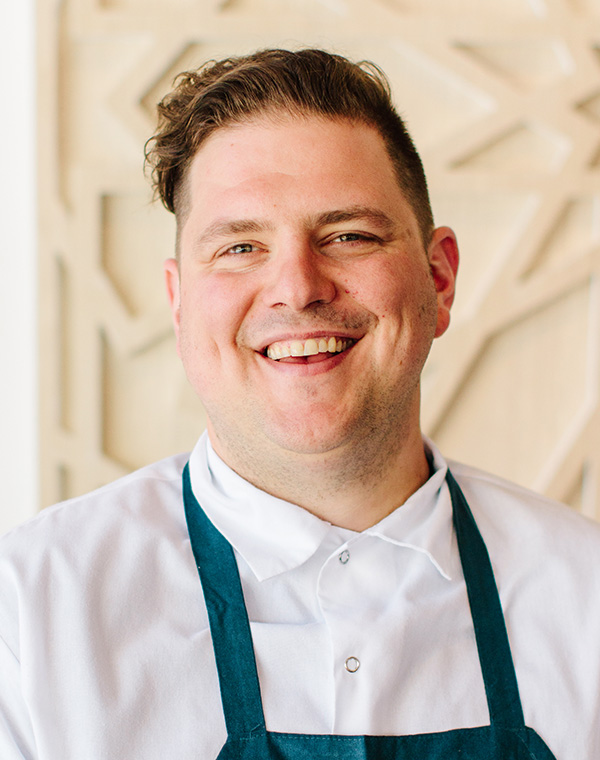 Joe Flamm, winner of Bravo’s Top Chef Season 15, opened his debut restaurant, Rose Mary, with Sancerre Hospitality in Chicago’s Fulton Market District in April 2021. Inspired by his Italian heritage and the bold, bright flavors of Croatian cuisine, the boisterous space—named for Joe’s grandmothers, Mary and Mary Rose, and the herb rosemary, which grows natively along the Italian and Croatian coastlines—offers a seasonal menu of rustic yet refined dishes that encapsulate what Joe has coined “Adriatic drinking food”.

Prior to Rose Mary, Joe worked as the Executive Chef of Chicago’s Michelin-starred Spiaggia and Café Spiaggia for nearly 6 years. There, he learned from and cooked with James Beard Award-winning Chef Tony Mantuano—the Godfather of Italian fine-dining in America—who is forever family.

Joe has worked in a number of other iconic kitchens alongside some of Chicago’s best chefs, including Stephanie Izard at Girl and the Goat, Art Smith at Table Fifty-Two, and Bill Kim at bellyQ. He has also staged in some of Italy’s most renowned restaurants, including Glass Hostaria in Rome and Del Pescatore in Mantova. Still, Joe credits his Grandma Mary for kicking off his career by teaching him how to truly cook pastas, ravioli, and pizzas—all made by hand.

While Joe has cooked for presidents, celebrities, the James Beard Foundation, and more, his favorite person to cook for is his wife, Hillary. In his free time, Joe enjoys #dayoffing with Hillary and their children, Luka and Sydney—and catching a Chicago White Sox or Bears game, of course.