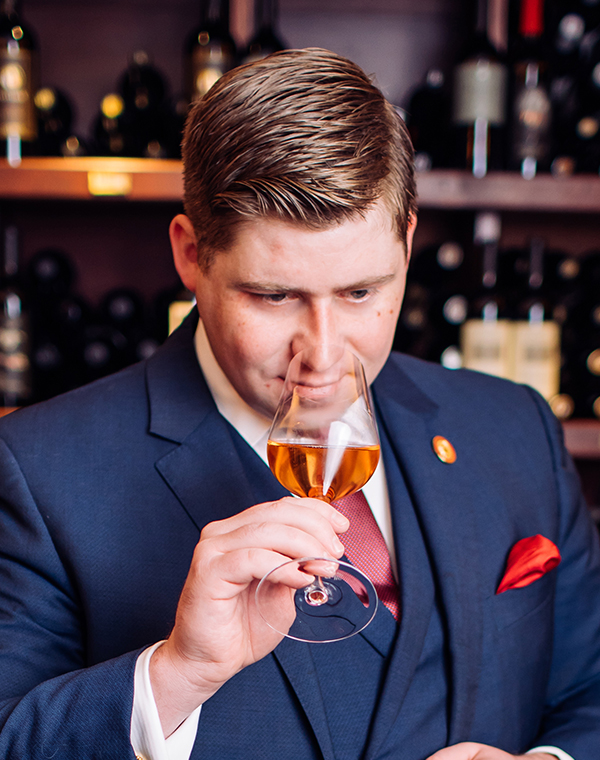 Born in Biloxi, Mississippi, Mason developed a fondness for the food and beverage industry while working in local restaurants in his hometown of College Station, Texas. Mason’s interest in wine was piqued while taking a wine education requirement class while pursuing a culinary degree from the Culinary Institute of America (CIA) in Hyde Park, New York. After graduating, Mason soon left to enroll in Hospitality Management at Cornell School of Hotel Administration and became a wine course Teaching Assistant. To further his education, he spent summers back in College Station working within wine shops and restaurants.

Mason returned to Texas following his graduation to begin his career in Houston as a Sommelier at the Grand Award-winning Pappas Bros. Steakhouse while simultaneously studying for and passing the Advanced Exam of the Court of Master Sommeliers.

In 2013, Mason moved to New York City to work in various notable restaurants. He refined his knowledge and passion of Italian wine as Sommelier of several Michael White Italian restaurants, including Ai Fiori and Marea. The following year, Jack joined famed restaurateur Danny Meyer to open Marta as the wine director, where he focused on wines from Italy and Champagne and furthered the team’s beverage education. In 2015, Jack passed the Master Sommelier Examination and was inducted into the Court of Master Sommeliers.

Mason decided it was time to return to his roots and moved back home to Texas in November 2016. He rejoined Pappas Bros. Steakhouse in Houston as Director of Wine Operations at the Houston and Dallas locations. Overseeing an inventory of more than 60,000 bottles of wine and close to 5,500 selections from the three restaurant’s extraordinary wine collections, he was responsible for providing continuous wine programing, education for both the service staff and patrons and enhancing the wine drinking experience at each location.

Mason has been featured in Forbes’s annual “30 Under 30” list of outstanding young professionals nationwide, Zagat’s “30 Under 30” list in New York City as was named Wine & Spirits “Best New Sommelier 2015.” He was also featured in the series “Uncorked” on the Esquire Network that followed his journey to receiving his MS certification.

In his personal life, this Master Sommelier enjoys spending time with friends, cooking and working on the house he shares with his wife Carly, daughter Penelope, son Beckett and their Goldendoodle, Mr. Bojangles.