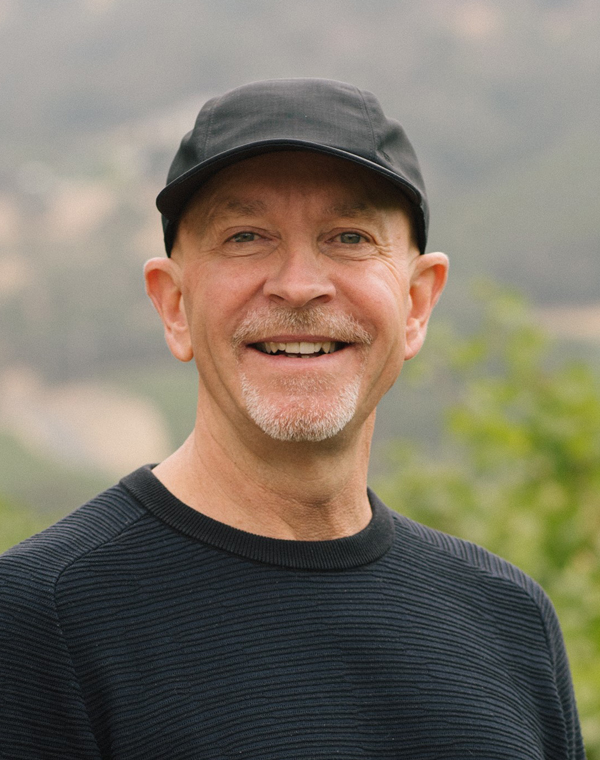 Since founding his namesake winery in 2002, Cliff Lede (pronounced lay-dee) has put every emphasis towards creating a modern and diversified world-class estate. A strategic thinker and visionary, Lede is the driving force of a company that at once holds the values of the great Old World winemaking properties, with the energy, youth, and spark of the New World. His wines are intrinsically connected to the land, yet his viewpoint is forward-thinking and entirely fresh. One visit to the Cliff Lede Vineyards property, which is full of contemporary art and is juxtaposed with vineyard blocks named for classic rock songs, and it is clear that to him, wine—like music and art—is a source of great beauty.

Lede grew up involved with his family’s successful construction business in Canada, and first discovered the splendor of the Napa Valley while on a business retreat in the 1990s. An avid long-distance runner, he explored the back roads of Napa Valley throughout his trip. The area resonated a great deal with him, as he had collected Bordeaux wines since his late 20s. Frequent return visits ensued, and he was soon exposed to everything Napa Valley has to offer: beautiful land, some of the world’s greatest restaurants, and a core of friendly, passionate, and hardworking people that reminded him of his own community.

Lede soon began searching for a property in Napa where he could start a winery. Determined to plant his roots in the Stags Leap District for its complex and age-worthy wines, he remained patient and focused. Upon learning that a Stags Leap District estate was for sale, Cliff seized the opportunity and established Cliff Lede Vineyards. One year later, the southwest facing hillside just above the Silverado Trail became available. Following the acquisition of the rare hillside property, Cliff named it the Poetry Vineyard. In 2005, he opened Poetry Inn, one of Napa’s most secluded luxury boutique hotels, perched high above the valley floor overlooking the winery and vineyards. In 2009, he expanded to include cooler-climate varieties from the Anderson Valley as his love for creating things led to the purchase of the Savoy Vineyard and the creation of a new brand, FEL, named for his mother, Florence Elsie Lede.