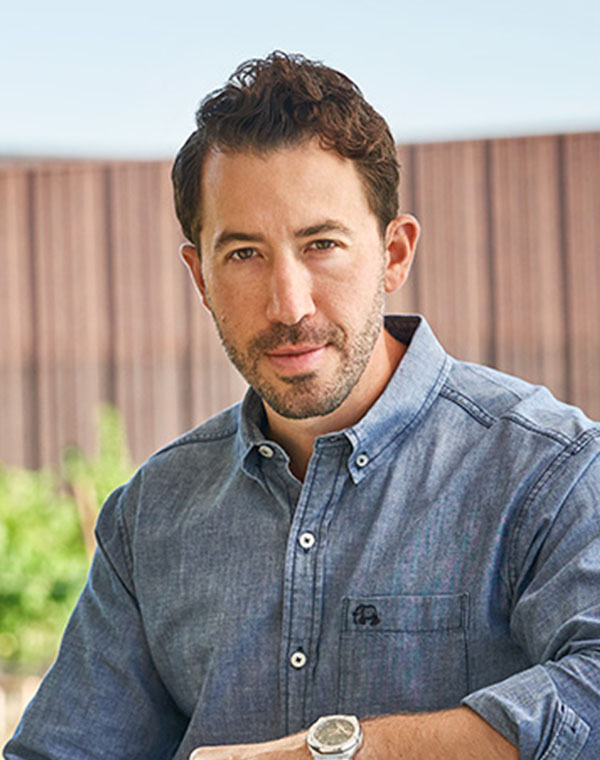 EARLY ADVENTURES to legendary vineyards and wineries around the world with his father, photographer Andy Katz, gave Colorado-native Jesse Katz a profound respect for the creative art of winemaking. Jesse creates distinct, nuanced wines for his brands Aperture Cellars and Devil Proof Vineyards; while serving as a consulting winemaker for some of the world’s most prestigious wines. Inspired from an early age, Jesse dived into the wine industry and has since became one of the most exciting — and accomplished — winemakers in the world.

Jesse’s diverse experience spanning 21 harvests at wineries, along with his desire to travel, fed his aspiration to learn from the best in the industry including Pétrus in Bordeaux, as well as time on the winemaking teams at Screaming Eagle Winery and Robert Foley Winery in Napa Valley, and Viña Cobos and Bodega Noemia in Argentina.

In 2010, Jesse was the youngest-hired head winemaker in the U.S. at Lancaster Estate where, during his five-year tenure, he orchestrated the building of the new Roth winery, production facility, and tasting room, and received 90+ scores on every wine scored by the Wine Advocate, and garnered Lancaster Estate’s inclusion on the list of Wine Spectator’s Top 100 Wines. In 2013, Wine Enthusiast named Jesse one of its 40 Under 40 Tastemakers and he was also the first winemaker on the Forbes 30 Under 30 list in 2014. As a consulting winemaker for some of the biggest names in entertainment, including Von Miller, Tony Hawk and Justin Timberlake, in 2017 , Jesse’s wine collaboration with Shep Gordon, The Setting, earned acclaim as the most expensive wine in the world. He then broke his own record in 2021, when a 3L of his Cabernet Sauvignon sold for $1M. Also in 2021, the Devil Proof Farrow Ranch vineyard joined the elite group of 100 point perfect score recipients, receiving 100-points for both Robert Parker’s The Wine Advocate and Jeb Dunnuck.

Jesse enjoys putting his craft to work raising funds for good causes, non-profits, and charity events. Devil Proof and Aperture actively donate and participate in a large variety of charitable auctions, with numerous cases of wine and custom winery experiences donated to causes the brands believe strongly in, each year.

Through travels with his photographer father, winemaker Jesse Katz developed a profound passion for wine and winemaking that has shaped his career. As a child and young adult, it was through his father’s work that Jesse was first introduced to the art of winemaking, where he quickly recognized the importance of terroir and balance of the winemaker’s influence, landing him on a path he has followed ever since.

Jesse’s winemaking philosophy is a combination of diverse hands-on experience and knowledge passed on to him from some of the greatest winemaking legends while working at some of the most renowned wineries around the world. One core ethos has always prevailed though: evolution. Jesse is always learning, always evolving and constantly trying new things to achieve greater excellence. When it comes to the production methods, Jesse and his team are constantly modifying their fermentation applications based on different vineyards and fruit quality year to year. Each vintage calls for a tailored barrel fermentation approach on both Aperture reds and whites. Early extraction brings fleshy, ripe characteristics; while extended maturation ensures structure and length from each grape variety. A combination of warm and cool fermentation is completed on all varietals.