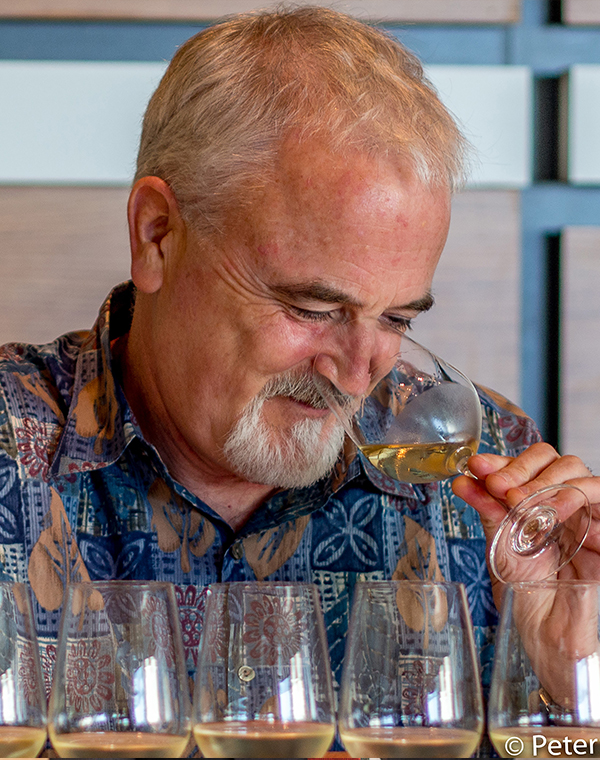 In 1991 Peter Granoff was the 15th American to earn the coveted title Master Sommelier, and is one of the 19 Americans to date that have earned the Krug Champagne Cup by passing all three parts of the exam on the first attempt. He is active today as an examiner and lecturer for the Court of Master Sommeliers Introductory, Advanced and Masters level programs. In 1991 Peter also received the James Beard Foundation Sommelier of the year Award.

In January of 1995 Peter and his brother-in-law Robert Olson, a software engineer, launched Virtual Vineyards, an ecommerce pioneer and the first US entity to sell wine on the Internet. According to Wells Fargo Bank, Virtual Vineyards was the first business ever to process a secure credit card transaction over the Internet. It was also the subject of a Harvard Business School Case Study, and was cited in numerous business and e-commerce marketing journals & texts as a pioneer during that heady (headless?) era. The company had a good six-year run and grew to $28 million in annual sales before what Peter calls “the dot.com era of ludicrous expectations” caught up with it.

Prior to Virtual Vineyards Peter spent 25 years in the hospitality industry as a food & beverage director, wine buyer, sommelier, bartender and waiter, including two years in the Burgundy region of France, and a year with a Relaix & Chateaux hotel in Switzerland. He even “faked it as a chef” on several occasions. He is active as a speaker, panelist, judge, and educator in numerous wine consumer and wine industry settings, and has presented at professional wine and e-commerce conferences at American universities such as Harvard, Wharton, Rhodes, and UC Berkeley, and as far away as Switzerland, France, Australia, New Zealand, and South Africa. In 2002 Peter joined the Adjunct Faculty at the Culinary Institute of America’s new Professional Wine Studies Program, and was an active instructor until the demands of his business ventures forced him to take a hiatus.

With accumulated industry experience, Peter has been increasingly engaged as a consultant on projects at the intersection of wine, technology and social media, including Coravin, a wine access technology that was more than 14 years from idea to market. And as an avid photographer for many years, Peter has recently begun to show some of his work at www.petergranoff.com.