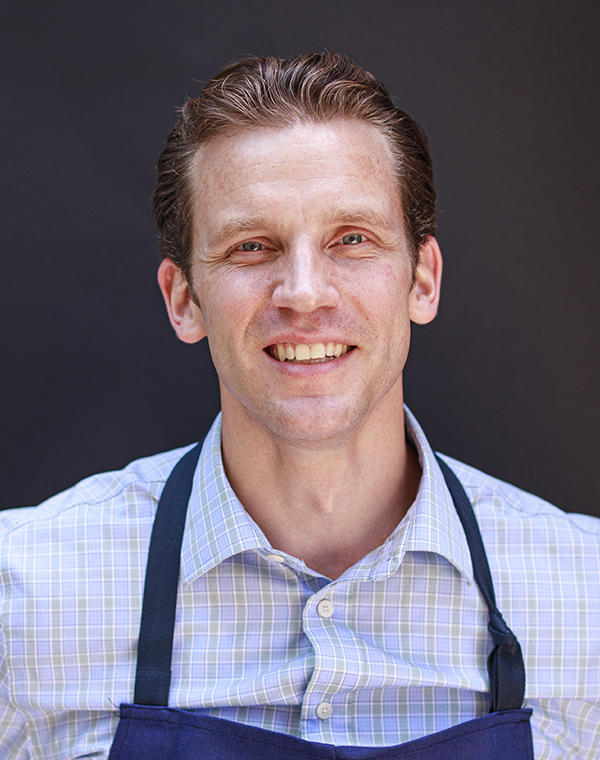 Chef Reid Shilling was born in Baltimore, MD, where he grew up cooking alongside his parents and grandmother. A passion for the abundance of the Chesapeake region was instilled in Reid from a young age. The family’s canning business operated in Finksburg, MD, from 1935 to 1958. Today Reid pays homage to that heritage through the name of his restaurant, Shilling Canning Company.

With a BA in hospitality management from Florida State University, Reid took a job with the Hillstone Restaurant Group. He completed their rigorous training program, eventually rising to the position of kitchen manager at the Hillstone on Park Avenue, in New York City. After earning a degree from The Culinary Institute of America, he joined the kitchen at chef Thomas Keller’s award-winning Bouchon Bistro, in Yountville, CA. Reid’s ethos in the kitchen is influenced by his time on each coast.

In 2015, Reid and his wife returned to the Mid Atlantic, where he took a position on chef Jeremiah Langhorne’s opening team at The Dabney. After a year with The Dabney, Reid left to focus on opening Shilling Canning Company. Reid lives in Washington, DC, with his wife, Sara, and their two children. Shilling Canning Company is located in Navy Yard, the same neighborhood where the family resides.