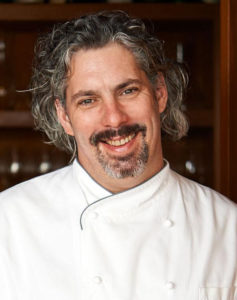 Chef Richard Reddington began his career working for Roland Passot at San Francisco’s La Folie in 1990 before moving to Los Angeles to help open Spago Beverly Hills as a sous chef, and then joining Chapeau in San Francisco where he was named “Rising Star” by The San Francisco Chronicle in 1999. Reddington was then voted “Best Rising Chef” by San Francisco magazine in 2003. In 2005, Chef opened his own restaurant, REDD, offering food and wine lovers a new reason to visit Yountville’s gourmet “Restaurant Row.” In January of 2012, Chef Reddington opened his second restaurant, REDD Wood, in the North Block Hotel to much acclaim. Richard Reddington participated in the 2003 NWWF as part of Auberge du Soleil, and later rejoined again in 2007 with REDD for the 2007, 2010, 2012, 2015, 2016 and 2017 Naples Winter Wine Festivals. 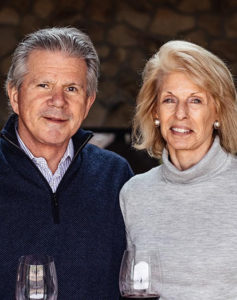 For 23 years, Daphne & Bart Araujo tended to their 163-acres of Calistoga land and vines, building their Araujo Estate Winery. Their Eisele Vineyard and the wines it produced attracted worldwide attention. In 2013, Accendo Cellars was founded, inspired by the revolutionary Napa Valley wines of the 1950s, ’60s and ’70s, and paying homage to an earlier era that takes inspiration from a handful of winemaking greats’, most notably Inglenook and Robert Mondavi Winery. The Araujos own and farm around 50 acres of vineyards from several sites situated in the St. Helena, Oakville and Oak Knoll AVAs of the Napa Valley. These vineyards are planted with both Cabernet Sauvignon and Sauvignon Blanc grapes. Daphne & Bart participated in the 2002, 2003, 2004 and 2006-2012 Naples Winter Wine Festival as part of Araujo Estate Wines and in 2017 with Accendo Cellars. Their donations have raised over $1.3 million for NCEF and in 2015, the Araujos were honored with the Lifetime Achievement Award at the Naples Winter Wine Festival.

Please stay tuned for future news in the coming weeks as we gear up to announce the incredible full lineup of chefs and vintners for the 2019 Naples Winter Wine Festival!