Every year, NWWF teams up with some of the most luxurious names in the industry to raise money for Festival’s founding organization, the Naples Children & Education Foundation, whose annual grants have impacted over 40 of the most effective nonprofits in the community, providing more than 200,000 children with the services and resources they need to excel.

This year, wine-enthusiasts and globetrotters will rejoice to hear that they have a chance to win custom-curated packages exclusively available to this year’s live auction bidders. These experiences will take them and their taste buds to highly sought-after destinations and will provide guests with never-before-seen adventures around the world. Some of these items include:

The remaining 2018 auction lot items will be released at a later date and will be available at http://www.napleswinefestival. com/auction-lots/ 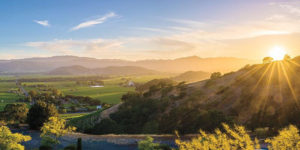 NCEF Teams Up with Guadalupe Center to Provide Health and Educational Aid
While registering students for Guadalupe Center’s After-school Program at Pinecrest Elementary School, a mother inquired about enrolling her six-year-old son, Rubelio, into the program as he had never received education in their native home of Guatemala. Rubelio had lost his eyesight due to severe cataracts, which could be removed with a surgery his mother couldn’t afford at the time. After hearing this story, the Guadalupe Center team sprang into action and reached out to the community to raise awareness and gain support to get Rubelio the medical attention he needed. 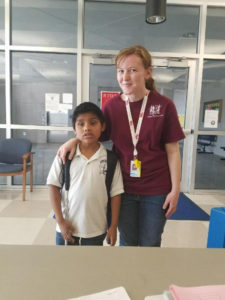 Due in part to NCEF’s continued support of Guadalupe Center’s After-school Program and through the NCEF Children’s Vision Initiative, Rubelio has undergone a series of successful eye surgeries at Bascom Palmer Eye Institute in Miami, and has received after-school tutoring to address academic, social and emotional needs. Today, Rubelio is beginning to speak and understand English while slowly recovering his eyesight, and is starting to see shadows and recognize colors. Teachers also report that his sense of humor and personality are beginning to emerge for the first time and that he can move around the playground unassisted, interacting with his fellow classmates. Due to your continued generosity, this little boy has been brought out of the darkness.

NCEF’S SHINING STARS
Education is the most powerful weapon which you can use to change the world. – Nelson Mandela

Every month, the “NCEF SHINING STARS” column features an inspirational boy or girl in our community. This month we spotlight Perla, a student of Redlands Christian Migrant Association’s (RCMA) Child Development Center at Timber Ridge in Immokalee. 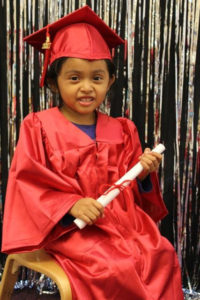 Perla joined RCMA as a shy three-year-old who did not speak any English and had never been introduced to a classroom environment. While enrolled, she participated in school readiness activities and the Early Literacy & Learning Model (ELLM), which taught her letter and sound recognition and how to speak both Spanish and English fluently. Throughout the program, she grew to become more independent and confident, learned the importance of personal hygiene, and improved her social emotional development as she built relationships with other children and her teachers. Having graduated RCMA’s Voluntary Pre-Kindergarten (VPK) at age four, Perla has grown tremendously as she’s overcome her fears and has made many new friends. Ready and eager to learn, Perla started Kindergarten in August as an NCEF Shining Star!

Get Involved
If you wish to make a special donation to NCEF, which will ensure that much-needed services reach the most vulnerable children in our community, please visit our donation page.