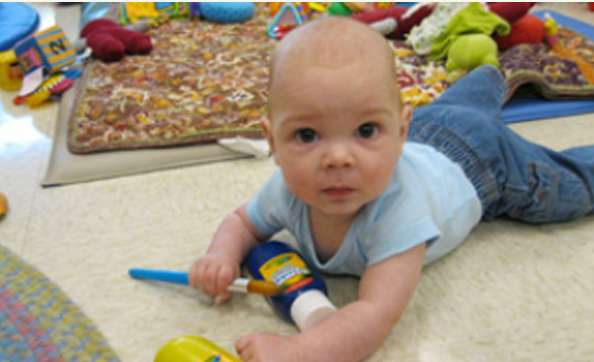 Communities where all children enter kindergarten ready to learn are best positioned to thrive in the 21st century. Research shows 85 percent of brain development occurs before age 3, and growth is particularly affected by the quality of children’s home and educational learning environments.

The research has special implications for those from economically disadvantaged backgrounds who are exposed to an estimated 30 million fewer words than their economically advantaged peers (Hart & Risley, 2003). Nobel-laureate economist James J. Heckman (2012) estimated that “every dollar spent on high quality, birth-to-age five programs for disadvantaged children delivers a 13 percent per annum return on investment over the course of a lifetime.”

Serving 80 percent of Florida’s 4-year-olds, the Voluntary Pre-Kindergarten (VPK) half-day program is funded at approximately $2,400 per student, ranking it 3rd for access and 39th for spending nationally (Barnett, et al., 2015).

Kids Count, a project of the Annie E. Casey Foundation at the University of South Florida, reports Florida ranked 40 out of 50 on overall child well-being, including economic, educational, health and family, and community indicators (AECF, 2016).

Florida is outspent on early childhood education by most states and our children’s preparation reflects it. According to the most recent Florida House of Representatives report available, more than 38,000 of Florida’s children were not ready for kindergarten in 2014.  Research indicates that kindergarten readiness is likely to predict 3rd grade Florida reading scores (Foundation for Excellence in Education, 2012).

In the cost study, the question was asked “what would it take to provide “high-quality” early childhood education (ECE) in Southwest Florida, knowing the methods could be replicated in other regions or statewide?” Local and national experts were engaged to participate in a professional judgment cost study” aimed to estimate the cost of resources needed to prepare all children for kindergarten.

Expert panels determined kindergarten readiness is more than just knowing ABCs and 123s. It is about developing the whole child, including what it takes to promote social and emotional growth so that our youth cannot only read, write and compute, but work well with others, have their curiosity engaged and develop creative problem-solving skills — all of which are necessary for success in the 21st century workforce.

Preschool is important as research identifies the development that occurs between birth and age five is critical to “establishing the foundations of thinking, behaving, and [maintaining] emotional security” (Scrivner &Wolfe, 2002). In early childhood, children create neural pathways and systems that affect them far into their futures (Leak et al., 2010; Sapolsky, 2004; Knudsen et al., 2007).

Preschool leverages the developmental and neurological sensitivity of early childhood to create a range of positive outcomes. In addition to influencing academic skills like literacy and math, preschool also influences social and emotional competence and overall health (Yoshikawa et al., 2013). Further, preschool has been proven to have positive impacts that can reverberate throughout a child’s school years, and even into his or her adult life and career. Yoshikawa et al., (2013) assert that “high quality early childhood education programs are among the most cost effective educational interventions and are likely to be profitable investments for society as a whole.” 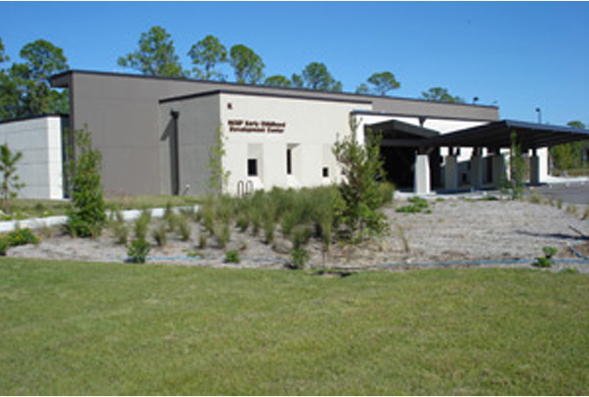 NCEF Contribution to the Solution

East Naples
The multi-faceted Early Learning strategic initiative for children from birth to age five enhances teacher quality, access and affordability of education-focused care components that research deemed deficient in Collier County. The NCEF Early Childhood Center in East Naples was built in 2008 and is LEED certified. The Center is a brick-and-mortar example of how NCEF is tackling early learning for the most vulnerable in East Naples.

The NCEF Early Childhood Development Center is the sister facility to the NCEF Pediatric Dental Center and lies adjacent to the clinic on the Florida SouthWestern State College Campus in East Naples. The facility has a licensed capacity to serve 148 children from birth through age five. The Center is managed by The Greater Naples YMCA, a non-profit agency that has been serving families in the Collier area for twenty-six years. 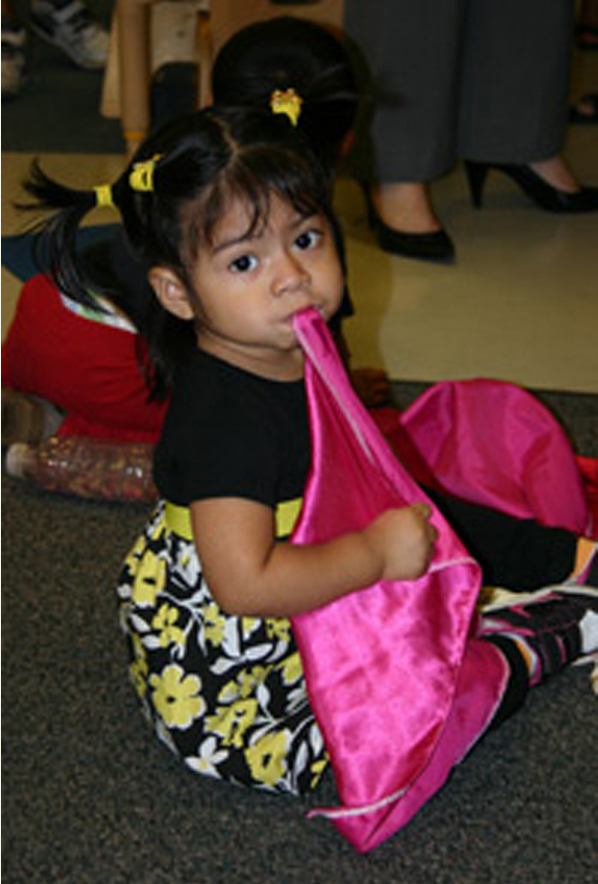 Immokalee
Immokalee has one of the highest concentrations of child poverty in Collier County. Approximately 8,000 children reside in Immokalee, of which 2,500 are under five years old. NCEF’s response to the early childhood concerns in Immokalee is a multi-faceted initiative aimed at enhancing teacher quality, increasing capacity, affordability, access, and quality of early childhood educational care. The Naples Children & Education Foundation and its partners have been working in earnest to address specific gaps in services.

Based upon evidence presented in the “Study of Child Well Being” in 2005, the NCEF Trustees engaged in an ambitious goal in establishing a network of family child care homes to care for children in Immokalee, ranging in age from birth to age three. The design included subsidies for children in need of scholarships so they may enroll in child care. To date, twenty-four Family Child Care Homes have been licensed and fourteen of the homes are funded by NCEF.

The design of the Family Child Care Homes is to act as feeder homes to the three major child care centers in Immokalee. Guadalupe Center, Immokalee Child Care Center and Redlands Christian Migrant Association (RCMA) are the Early Learning Centers that prepare students from low-income households for kindergarten, providing them a high-quality academic foundation on which to build. The goal of the programs is to provide a solid educational foundation that prepares children for kindergarten, support them in their learning, and involve families in their children’s learning. Children graduating from pre-kindergarten classes are kindergarten ready and prepared to perform at or above grade level, setting them up for success.

Before the children could be placed in the family child care network, teachers and supervisors had to be identified and trained, and their homes made ready to accept the children. To accomplish this, the professional development component of the Immokalee Early Learning Initiative includes:

The Child Care Executive Partnership (CCEP) program is a public/private partnership that helps communities meet the needs of a growing segment of their work force—working parents. The program helps communities expand child care funding for lower-income working families. Over the last eight years, NCEF funds have been matched dollar for dollar. The partnership has been able to provide hundreds of children much needed quality child care so their parents can work. 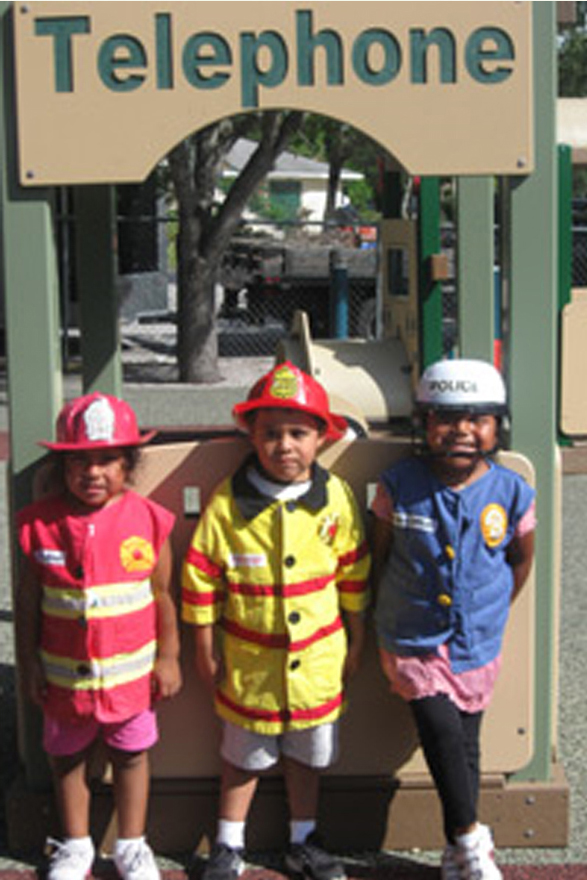 One of the exciting leveraging aspects of the Immokalee Early Learning Initiative is NCEF’s participation in the Child Care Executive Partnership (CCEP) which doubles NCEF’s investment in child care scholarships.

The CCEP is an innovative, public/private partnership program that was created by the Florida Legislature in 1996 to help communities meet the needs of a growing segment of their workforce—working parents. This exciting program leverages public-private partnerships and celebrates entrepreneurial philanthropy. As NCEF enters year nine of the Immokalee Early Learning Initiative, its investment of $1,922,038 in scholarships for eligible children has been matched dollar-for-dollar from CCEP totaling $3,844,076 in new subsidies for the communities’ most vulnerable population.

The Specialized Therapeutic Analysis Resources (STAR) Initiative provides behavior analysis for children, birth to age five, who may be at-risk and require behavior intervention. Individualized services are available to children specifically referred by personnel within the early learning centers. Over 800 children per year have been impacted through the STAR program. STAR directly impacts children served at selected childcare centers as individual ABA and naturalistic teaching is used to improve behaviors and increase language and other skills.

Direct training is provided by way of teacher and parent training as well as cooperation with center directors to increase and improve conditional learning for all children. Individual behavior and skill acquisition plans are developed for children at risk of being expelled from participating centers. Parent support by way of training and assistance with diagnosis when needed is also provided. Parents of children identified as problematic receive training and support to ensure that behavior intervention success is evident across environments.

Each center selects one to two staff members who receive intensive training and support by the STAR Board Certified Behavior Analyst (BCBA) to obtain the Registered Behavior Technician credential.

Outcomes range from improved skills and reduced behavior problems that allow children to remain in the centers, and access to medical and/or behavioral health diagnosis that allows children and family access to wraparound services and much more.

The Early Literacy and Learning Model (ELLM) is designed to close the school readiness gap for at-risk 4-year old children in Collier County. ELLM targets portions of Collier County and all of Immokalee that house children born into conditions that bear the demographic (mobility, language), socioeconomic (poverty, hunger, healthcare), and institutional (under performing schools) risk factors predictive of educational failure.

Research has identified poverty and language as the two largest barriers to learning and success. Additionally, research has found that this level of poverty has a negative effect on a child’s brain development. The impact of severe poverty can be off-set by intensive interventions such as focused and stimulating activities like those that are incorporated into the ELLM design. The partnerships include Collier County Public Schools, Florida Gulf Coast University, Head Start and NCEF. ELLM provides professional development, curriculum, assessments, and classroom materials for 76 ELLM teachers and approximately 1,000 children each year. ELLM sites include at-risk, Pre-K classrooms – both Head Start and independent centers such as Guadalupe and RCMA.

ELLM creates a cohesive network of early learning sites, including Head Start classrooms and private early learning centers. It provides collaboration among the providers that had not existed previously. Instructors visit each other’s classroom, share best practices and learn together. The ELLM literacy coaches link and support the classrooms and ELLM Teacher-Get-Togethers provide opportunities for formal and informal networking. As teachers increase their knowledge, skills and self-confidence—student outcomes improve. ELLM has helped to bridge the school readiness gap created by poverty.